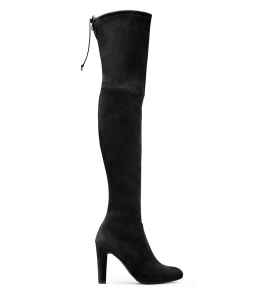 “A few days ago I was at the airport, and I was wearing my Highland black boots and security was like really busy so once I got through security I had to run like 70 gates to catch my flight and I ran in my highlands and it didn’t kill my feet So I think that’s a pretty good test of comfortable shoes.” (Gigi Hadid, 2015) 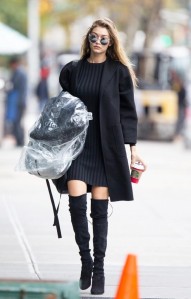 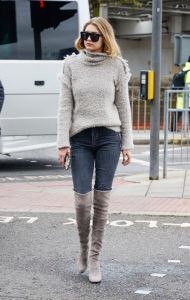 The Highland, a thigh-length boot with a 24″ shaft, 3.25″ heel, and a frankly challenging 14″ circumference (definitely at the very low edge of regular), is very much the celebrity’s boot of choice this season. It comes in stretch leather, but it seems like almost everyone of note has gone for suede, in black, grey, burgundy, or beige. 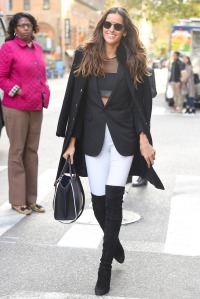 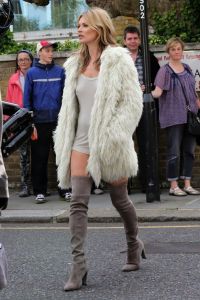 The secret to its legging-like fit is that the suede or leather is pliced and backed with Lycra. People magazine declared it to be the off-catwalk choice of the Victoria’s Secret Angels, picturing Lily Aldridge, Izabel Goulart, Sara Sampaio, Devon Windsor and Rachel Hilbert in the slim line boots, to say nothing of the aforementioned Ms. Hadid. 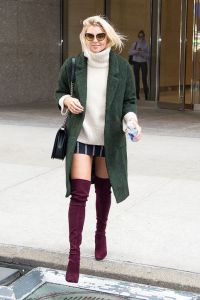 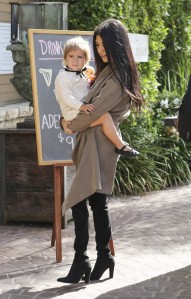 The Highland has been around for a few years now, but it really does seem to have taken off this fall, in part because of the enthusiasm for “lampshading” that we discussed in the previous post. It also obeys one of the “rules” for wearing thigh-length boots, in that it combines a high heel with “soft” texture, thus avoiding Vivien type fashion calamities. 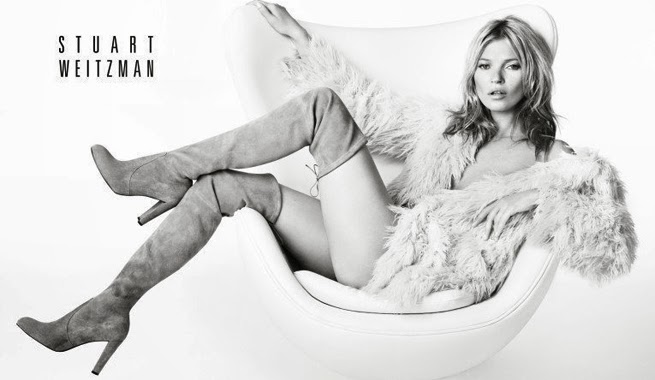 Of course, at nearly $800 a pair and with a look that you can only really carry off if you have legs like Gigi Hadid, it’s questionable whether this is one for mere mortals. Plus the low-heeled version – called the Lowland, of course – is a bit easier when it comes to running for that soon-to-depart flight to Aspen. But it’s caused enough of a splash for me to waste a little time writing about it, which means it’s probably earned a historical footnote, at least. 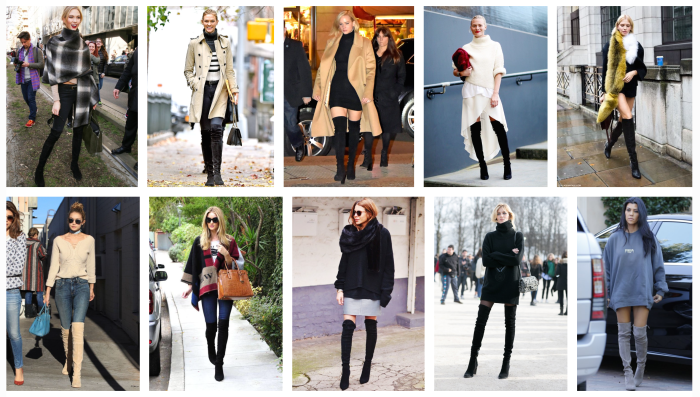 Apparently it’s called “lampshading” – wearing a sweater, tunic, or dress with a loose or bell-shaped hem over a pair of knee-high or over-the-knee boots, giving off a distinct ‘lampshade’ effect. The Daily Mail thinks it “nods to the mod look of ’60s shift dresses and go-go boots.” I think the Daily Mail ought to learn more about what the ‘mod’ look actually means.